As Seen on TV… 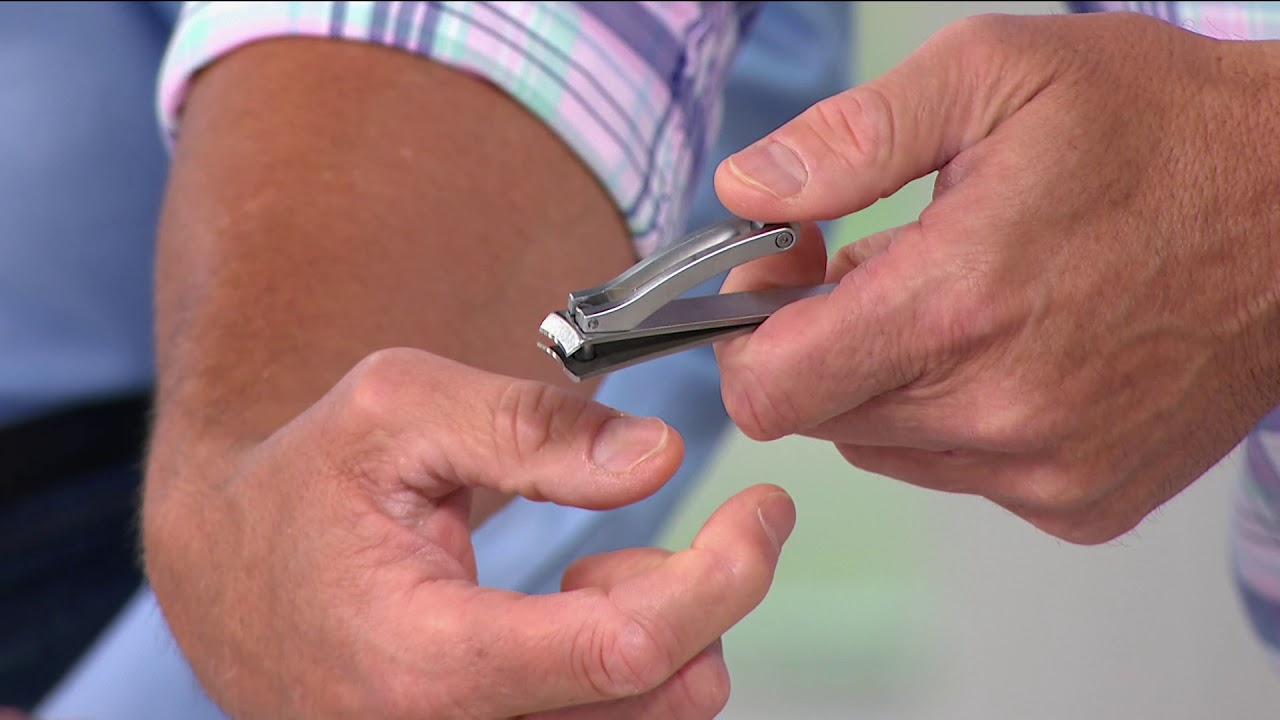 Clip-Right® nail clippers improve on the age-old traditional clipper design by adding an ergonomic lever that allows you to squeeze right where the cutting action happens – at the nail. 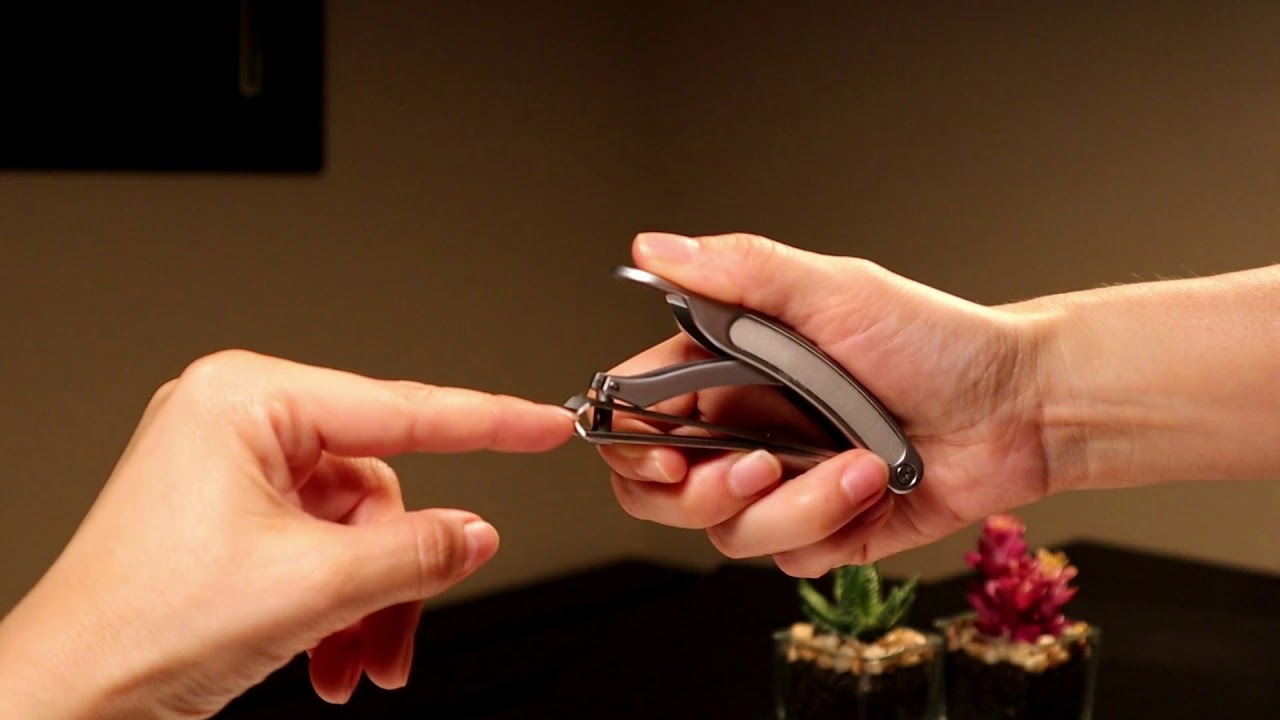 The patented design offers greater control and ease of use while remaining economically priced Normal nail clippers put the squeezing action at the end of the clippers opposite the cutting edges where the thumb can easily slide off the lever especially when used in your less-skilled hand. Clip-Right® nail clippers are simply designed right – you won’t find a better nail clipper.

Clip-Right® nail clippers sit in your hand and the thumb-lever lines up with your thumb and moves with it as the thumb moves towards the index finger in a very natural way. This “squeeze at the nail” design makes it easier for those with shaky hands to use, and although it’s not specifically designed for use by children, it’s so easy to use they’ll be able to do it themselves.

Embedded Nail File on Each Side

This patent-pending improvement on the brilliant Clip-Right® nail clipper, makes it even easier to use than it already was. Using a custom molded lever allowed us to reposition the roller so that the force of the cutting edges continuously increases as you squeeze the lever. This results in effortless use and perfectly smooth action. This design also allows nail files to be recessed into each side. To cap it off, Clip-Right® Advantage nail clippers come in a beautiful metal storage box that protects your investment in the best nail clippers available.

Inquire about volume pricing
Buy from Amazon
Purchase from HSN

Clip-Right® nail clippers are made with brushed and polished 420 stainless steel so they won’t ever rust and the cutting edges will remain sharp.  These are designed to last with extra thick steel for the levers. The wide thumb pad to makes it easier to press and it’s at the end of a lever that does not move from side to side, so your thumb won’t slide off during use.  Even with the extra lever, Clip-Right® nail clippers still fold up small. They unfold a bit differently from traditional nail clippers as the photos and the diagram below show..

This patented design continues to be our biggest seller.  All Clip-Right® nail clippers include an additional lever that hinges at the rear of the clippers and allows users squeeze at the end where the clipping occurs.  This is a simple change that makes a big difference in improving nail clipper design.  The ergonomic design fits in the whole hand and the additional lever moves with the thumb making it easy to use in either hand.  By squeezing at the front of the tool it minimizes the distance between the control and the nail.  With traditional designs you squeeze at the end opposite the cutting edges which makes it harder to position and harder to control as the nail is cut.  The ergonomic lever on the Clip-Right® does not move from side to side as the lever on traditional clippers does, so you don’t need to make sure the lever stays aligned with the body of the clipper as you squeeze to cut.  According to one satisfied customer, who happens to be an MIT Mechanical Engineer, it is “Brilliantly simple!”.  At a suggested retail price of $8.95 you cannot go wrong with this innovative and improved nail clipper.

Imagine It Designs was created to help launch new ideas that tend to fall within the hobbies and interests of its founder Mike Doane.  The Clip-Right® nail clippers are no exception, and they were created as a way for parents of babies and toddlers to minimize the risk of mistakes while trimming the tiny fingernails and toenails of babies.  What makes this design idea different is Mike’s kids were already eight and ten years old when the idea came to him in a dream.   In this dream, his kids were still babies and clipping their nails was stressful due to fear of causing an injury.  It’s strange that you can figure things out during a dream, but Mike thought about how the reverse levers on the newer designs of heavy duty staple guns allow you to press down above the location where the stapling happens, instead of the at the other end in older designs.  Why not do the same with a nail clipper.  At that point in the dream, Mike awoke at 3 am, mulled over the idea for a few minutes, got out of bed, and made a sketch.  That first sketch was turned in to a prototype that simply did not work…but the second one did.  The prototype was created using full-size adult nail clippers and they worked so well, Mike decided to make them in large, small and baby sizes.  In less than three weeks the idea went, literally, from dream to working prototype to filing a patent application that has since been issued.  The original Clip-Right® is the first to market with others following soon.

This patent-pending improvement on the brilliant Clip-Right® nail clipper makes it even easier to use than it already was. Using a custom molded lever allowed us to reposition the roller so that the force of the cutting edges continuously increases as you squeeze the lever. This results in effortless use and perfectly smooth action. This design also allows nail files to be recessed into each side. To cap it off, Clip-Right® Advantage nail clippers come in a beautiful metal storage box that protects your investment in the best nail clippers available.

If you have any questions please fill out the form below and we’ll get back to you soon.  Thank you for your interest.